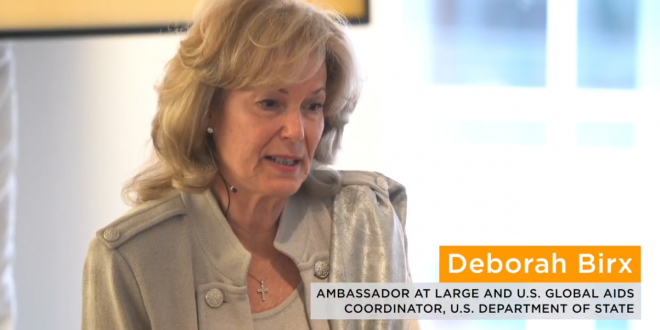 Birx is a career government official who was nominated by former President Barack Obama in 2014 as the U.S. global AIDS coordinator responsible for overseeing humanitarian aid programs combating the epidemic.

She also served as head of the global HIV/AIDS division at the Centers for Disease Control and Prevention and was a top research official at Walter Reed Army Medical Center.

Deborah Birx is joining White House coronavirus team. Birx is career government official who was nominated by Obama in 2014 as US global AIDS coordinator responsible for overseeing humanitarian aid programs combating epidemic.
Story by me and @Jordanfabianhttps://t.co/MGHB5SZeoW