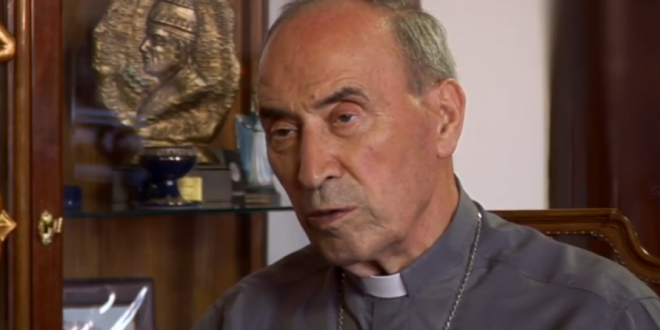 Papal Envoy To Abuse Victim: Recant And We’ll Pay You

The cardinal’s response was not what Yolanda Martínez had expected — or could abide. Her son had been sexually abused by a priest of the Legion of Christ, a disgraced religious order. And now she was calling Cardinal Valasio De Paolis — the Vatican official appointed by the pope to lead the Legion and to clean it up — to report the settlement the group was offering, and to express her outrage.

The terms: Martínez’s family would receive 15,000 euros ($16,300) from the order. But in return, her son would have to recant the testimony he gave to Milan prosecutors that the priest had repeatedly assaulted him when he was a 12-year-old student at the order’s youth seminary in northern Italy. He would have to lie.

The conversation between the aggrieved mother and Pope Benedict XVI’s personal envoy was wiretapped. The tape — as well as the six-page settlement proposal — are key pieces of evidence in a criminal trial opening next month in Milan.