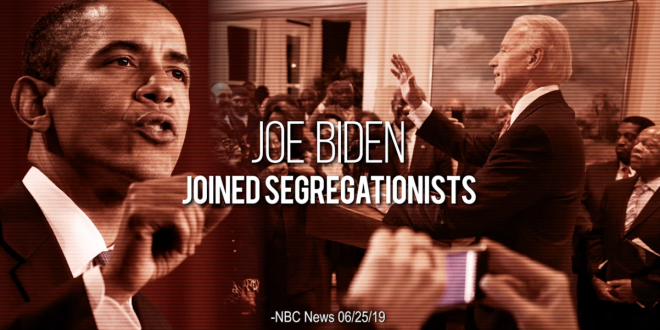 Former president Barack Obama is calling on South Carolina television stations to stop running an ad from a pro-Trump super PAC that uses his words out of context in a misleading attack on former vice president Joe Biden.

The Committee to Defend the President, a group devoted to supporting Trump, reported to the Federal Election Commission on Tuesday spending more than $250,000 in South Carolina to oppose Biden.

The group, which placed a similar amount of anti-Biden advertising in Nevada earlier this month, circulated an ad that falsely suggests that words Obama spoke in the narration of his own book were meant to describe Biden.