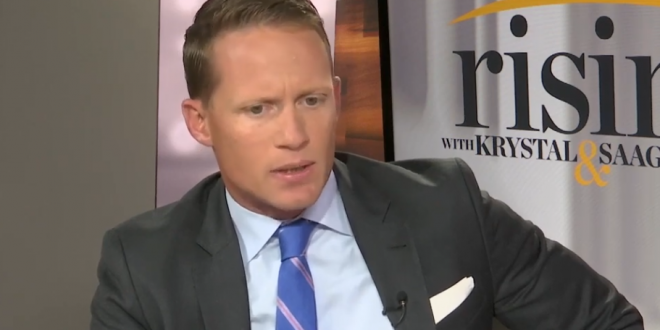 Heritage Action chief Tim Chapman, who plans to leave the conservative group this spring to join a new Nikki Haley advocacy organization, said he did not know whether the former ambassador to the United Nations might run for the White House in 2024.

But he expects the former GOP governor of South Carolina to be an influential voice in policy issues. “I know that she’s going to be a strong policy leader for the next four years,” said Chapman during an interview with C-SPAN’s “Newsmakers” program. “You’ll see a lot of her out there.”

Chapman has been with Heritage Action for America, the lobbying and activism arm of the conservative Heritage Foundation, since its beginning in 2010, amid the rise of the populist tea party movement. Chapman will serve as executive director of Haley’s new advocacy group, Stand for America.

After ten years of conservative wins at Heritage Action, @TimChapman announced today he will leave his role as executive director to join Stand for America. We’re excited to see Tim continue advancing policies that strengthen America in his new role. https://t.co/6Rpf97bHLz

The Equality Act threatens free speech, the freedom to adhere to one’s religious beliefs, charities, medical professionals, and businesses. This extreme and dangerous legislation is not what America needs.https://t.co/Z5yZKTQHSN

When it comes to balancing religious freedom & LGBT priorities, big business has sided with extremists. https://t.co/rl1er0o4bO

Previous Miller To Staff: I Only Care About Stopping Immigrants
Next Dems Hire Massive Call Center To Handle NV Caucus