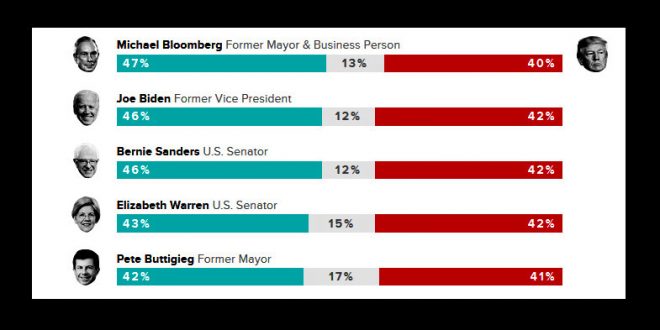 Former Vice President Joe Biden came in second with 46 percent of respondents saying they would support him in the theoretical race. Forty-two percent said they would instead cast their ballot with Trump, while 12 percent were undecided. 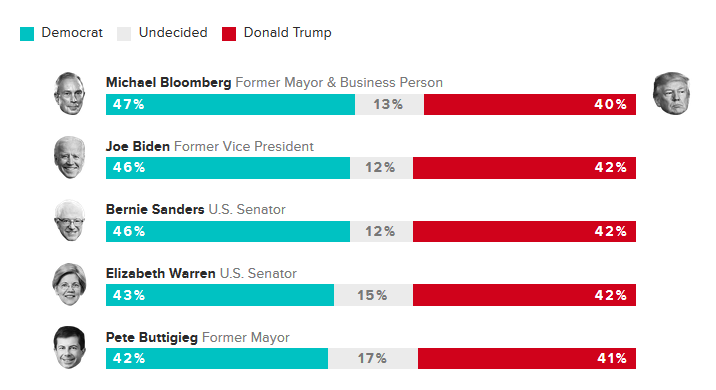