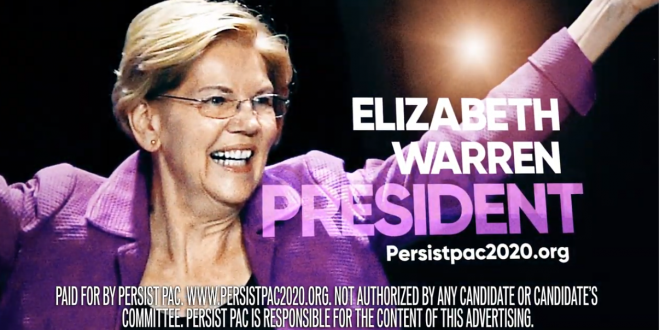 Supporters of Senator Elizabeth Warren have formed a last-minute super PAC to boost her candidacy in Nevada and are plunging $1 million into television and other ads in the race’s final days, despite the Massachusetts senator’s previous outspoken opposition to such groups.

The group, which calls itself the Persist PAC, filed paperwork with the Federal Election Commission on Tuesday and immediately booked nearly $800,000 in television ads, running a 30-second spot that features footage of former President Barack Obama praising Ms. Warren as an advocate for the middle class.

Ms. Warren’s campaign issued a statement early Wednesday saying her opposition to super PACs remained unchanged: “Since day one of this campaign, she has made clear that she thinks all of the candidates should lock arms together and say we don’t want super PACs and billionaires to be deciding our Democratic nominee.” The statement did not explicitly call for the group to stop airing ads.

Previous Woman Convicted In $205M Medicare Kickback Fraud Scheme: President Trump Has Given Me My Life Back
Next WH Accuses DNC Of Fabricating Assange/Pardon Claim