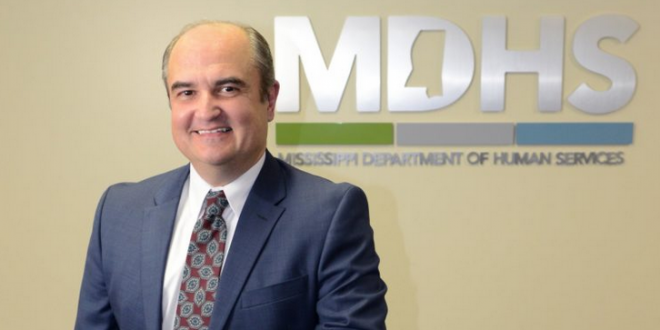 Mississippi’s former welfare director, four colleagues and a former pro wrestler have been charged with carrying out a multimillion-dollar embezzlement scheme to siphon public money from needy families for their own personal use — from business investments to a luxury rehab stay in California.

Special agents from the Office of the State Auditor arrested John Davis, who is the former head of the Mississippi Department of Human Services, and the others on Wednesday. The six are accused of working together to misappropriate funds and falsify records, and they are now under indictment for a range of charges related to fraud and embezzlement.

Nancy New, Zach New, Anne McGrew — all officials from the nonprofit Mississippi Community Education Center — as well as retired professional wrestler Brett DiBiase were also arrested in connection with the scheme uncovered during an eight-month investigation. Indictments include charges of fraud and embezzlement.

“The funds that were illegally obtained in this case were intended to help the poorest among us. The funds were instead taken by a group of influential people for their own benefit, and the scheme is massive. It ends today,” said State Auditor Shad White.

A human services department media release Wednesday evening stated that the agency self-reported the information that prompted the investigation to Gov. Phil Bryant in June 2019.

Then-Gov. Phil Bryant appeared at the ribbon-cutting of the Jackson office in 2016 with Davis and New. In his last State of the State address in 2019, Republican Bryant called the group “a model of success for thousands of Mississippians and one that is being emulated all across America.”

Republican Gov. Tate Reeves said he has received campaign contributions from some of those indicted in this case, and he acknowledged that one of his 2019 campaign commercials was filmed inside a school Nancy New owns. Reeves didn’t have a total for the contributions Thursday but said his campaign will put the money into a separate account.

A statement from the Mississippi Department of Human Services on Wednesday said that the department “self-reported” information that led to the investigation. The statement said that happened in June, and information went to the office of then-Gov. Phil Bryant, a Republican who had chosen Davis as the department’s director.

Human Services spokesman Danny Blanton told The Associated Press that an internal auditor uncovered the fraud. He said the department’s current leaders have since strengthened measures to prevent fraud. Davis worked for the Department of Human Services for 28 years, and Bryant chose him to lead the agency in 2016. He retired as director in July.