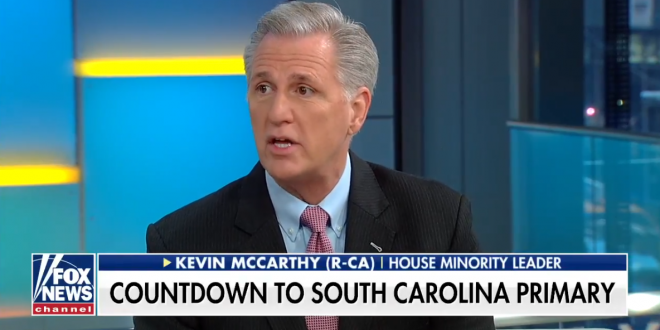 House Republican Leader Kevin McCarthy boldly predicted Friday that Democrats will lose the majority in the House of Representatives this cycle with Bernie Sanders at the top of their ticket, saying the party has “surrendered to the socialists.” In an interview with Fox News on the sidelines of CPAC outside Washington, McCarthy weighed in on the warnings from within the Democratic Party that a Sanders nomination could endanger their hold on the House under Nancy Pelosi.

McCarthy would be in line for the speakership should the chamber flip — and he eagerly played up those internal party tensions. “The Democrats have surrendered to the socialists,” McCarthy told Fox News. “There is a reason why Bernie Sanders is going to become their nominee and that’s because this is no longer the Democratic Party — this is a socialist Democratic Party.”