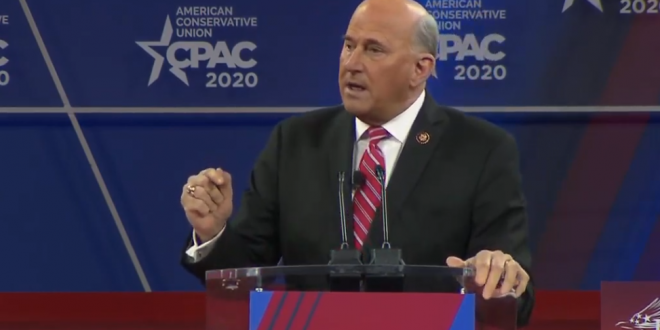 Loony Louie Gohmert At CPAC: We Don’t Know How Many “Tens Of Thousands Will Vote Illegally In Texas”

Rep. Louie Gohmert (R-TX) took to the stage at the Conservative Political Action Conference to fearmonger about nonexistent voter fraud, wrongly claiming that voter fraud is so bad that it’s possible Donald Trump will lose Texas. “We have got to have every one of you either volunteer to chair a precinct, be a poll watcher, cause there is going to be cheating going on,” Gohmert said without any evidence.

Gohmert went on to say that “we don’t know how many tens of thousands of people will vote illegally in Texas.” “We don’t know how many votes will be changed from Republican to Democrat after they vote, especially after voting early,” Gohmert again said without evidence. “We have to have people properly trained on what the rules, what the law is, to make sure that cheating doesn’t happen.”

quite the entrance theme for Louie Gohmert at CPAC 😆 (i did not edit this) pic.twitter.com/9CCjUTjqOm