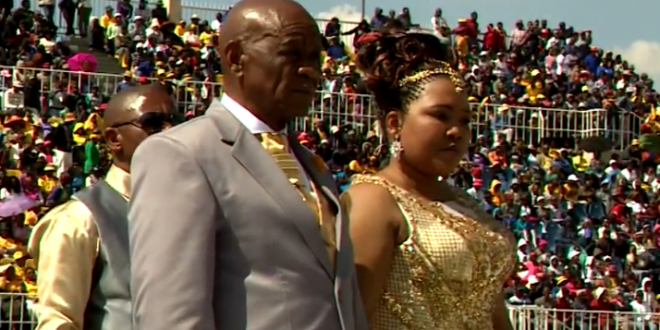 Lesotho police on Tuesday charged first lady Maesaiah Thabane with murder for her alleged links to the brutal 2017 killing of the prime minister’s previous wife.

Maesaiah Thabane, 42, will spend the night in custody after she came out of hiding and turned herself in to the police earlier on Tuesday. “She has been charged with murder alongside eight others who are in Lesotho and South Africa,” deputy police commissioner Paseka Mokete told reporters.

The couple was involved in bitter divorce proceedings when she was gunned down outside her home in Lesotho’s capital Maseru in June 2017, two days before her husband’s inauguration.

Lesotho, population 2.1 million, gained independence from Britain in 1968 and is entirely enclaved within the borders of South Africa.