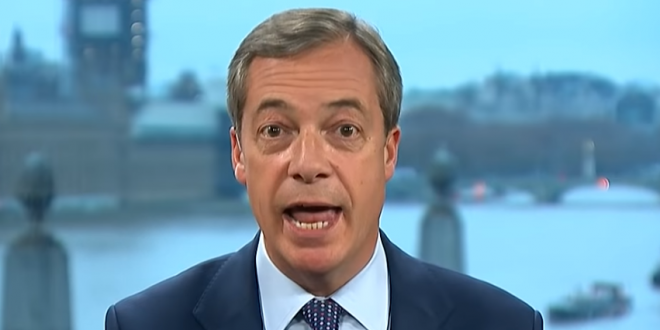 The man who bankrolled the campaign for Britain to quit the European Union boasted about a backchannel to WikiLeaks after Brexit leader Nigel Farage’s secret meeting with Julian Assange at the Ecuadorean embassy in London, according to private Twitter messages that have been leaked online.

The messages hacked from Farage’s biggest financial backer, Arron Banks, also raise legal questions over the involvement of Cambridge Analytica in the Brexit referendum, undeclared lobbying efforts in the U.S. on behalf of a foreign power, and a breach of data-protection law by pro-Brexit campaigners.

The House Intelligence Committee heard in 2018 that Farage may have been used as a conduit between the White House and WikiLeaks, which the CIA has described as a “hostile intelligence service” aided by Russia.