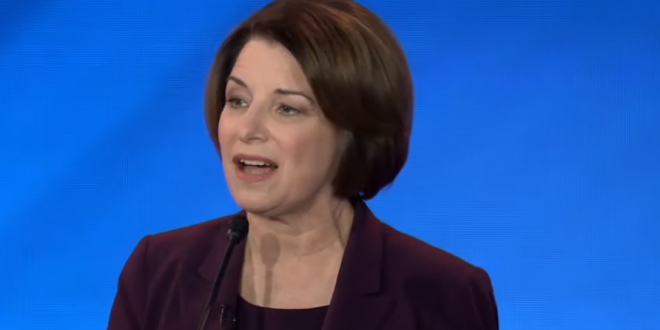 Sen. Amy Klobuchar (D-Minn.) touted on Friday that her presidential campaign had raised $1 million since the start of the primary debate in New Hampshire. Klobuchar, in her Twitter post, also urged supporters to help her hit $2 million by midnight.

Friday night’s financial boost for Klobuchar comes after what appears to be a fifth-place showing in Iowa’s caucuses and amid polling that shows her in a similar position ahead of the Granite State’s primary.