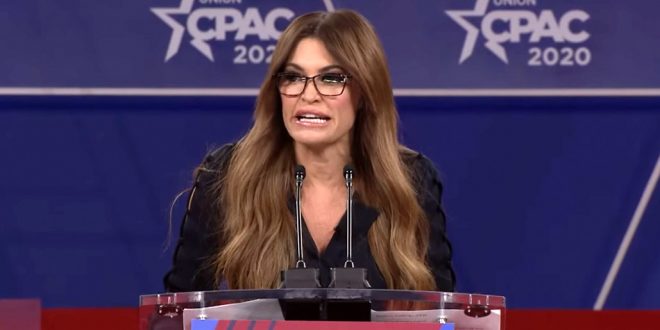 “I’m just having such a good time doing this because, you know, I think about the other side and the Democrats and I’m like, you know what, they’re like little wayward children on the playground running around with their pajamas on backwards. Shame. Shame. All confused. Ha ha!

CPAC was, once upon a time, a place where conservative activists gathered to hear thought leaders discuss ideas. pic.twitter.com/Cd5wInafRZ

Kimberly Guilfoyle tells CPAC that she loves to “trigger” the left, something that she says her boyfriend Donald Trump Jr. taught her how to do.

#TrumpettesUSA is thrilled to announce #KimberlyGuilfoyle has become our first Honorary Trumpette. Kimberly is a dynamo in many areas as speaker, an American political analyst, journalist, and TV news personality. She is National Chairman of the Trump Victory Finance Committee. pic.twitter.com/VR7bHED4H1