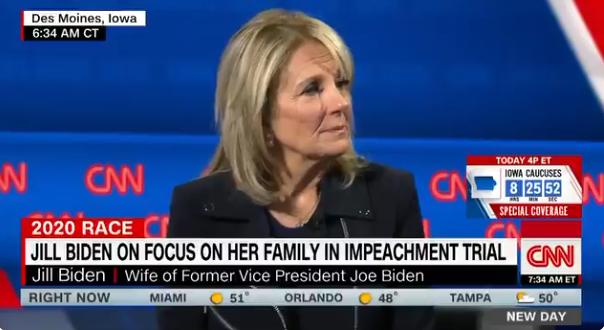 “Well, you know, Lindsey — I don’t know what happened to Lindsey. And we used to be great friends and friends with John McCain [R-Ariz.],” Jill Biden said on CNN’s “New Day” Monday. “I mean we traveled together with the Foreign Relations Committee. We’ve had dinner. You know, and now he’s changed.”

Asked by CNN’s John Berman if she still considers Graham a friend, Biden responded “You know, it’s hard when you, I don’t know, consider somebody a friend and then they’ve said so many things, so many negative things. And it’s — that’s been a little hurtful.”

“We used to be great friends… And now he’s changed,” says Jill Biden, wife of Joe Biden, about Sen. Lindsey Graham’s stance on the impeachment trial. “It’s hard when you consider somebody a friend and they’ve said so many negative things. That’s been a little hurtful.” pic.twitter.com/tjR1JsFrDJ