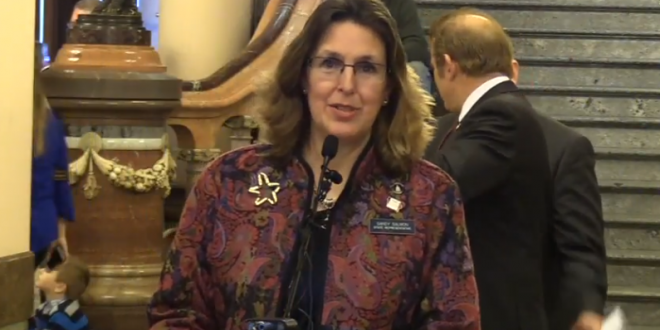 Stakeholders and lawmakers went back and forth today over a House bill that some are calling “anti-LGBTQ” legislation. The bill would require schools to notify parents about any lesson or curriculum related to sexual orientation or gender identity, in case parents want to excuse their child from class. Some say it comes down to a matter of parental rights over what is being taught in schools.

When referring to presidential candidate Pete Buttigieg, who is hoping to become the first openly gay nominee of a major political party, Rep. Sandy Salmon said just talking about him in class wouldn’t trigger notifying parents but discussing his sexual orientation might. If the measure moves on, details like that will be something lawmakers have to figure out in the language of the bill.

Brad Cranston, pastor of Heritage Baptist Church in Burlington, said parents shouldn’t be shut out of the discussion. “A parent who is responsible for a child has every right to know exactly what the public school, which they are paying for with their tax dollars, is teaching their kids,” he said.

The three-member House panel advanced the bill to the full House Education Committee on Monday by a 2-1 vote. Along with Salmon, Rep. Tom Moore, R-Griswold, voted in favor. Moore said he believes the bill has issues that need to be worked out, but the subject merits further discussion.