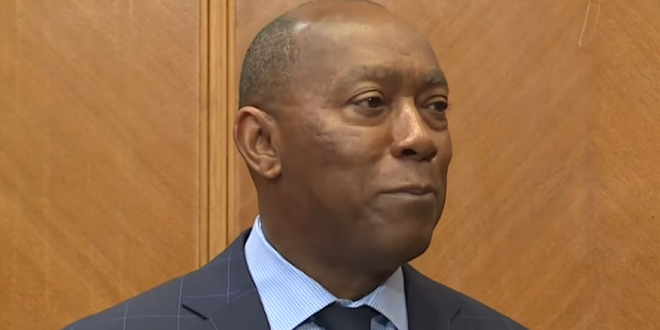 Mike Bloomberg picked up the endorsement Thursday of Houston Mayor Sylvester Turner, who leads the fourth largest city in the nation. The announcement follows his endorsement this week by three members of the Congressional Black Caucus. Their support could help allay any renewed concerns about Bloomberg’s use of “stop and frisk” policies while he was the mayor of New York City.

Earlier this week, an audio recording of a 2015 speech leaked, during which Bloomberg can be heard defending racial profiling employed in stop-and-frisk. In the audio recording Bloomberg can be heard saying that “95% of your murders and murderers and murder victims fit one M.O. You can just take the description and Xerox it and pass it out to all the cops. They are male minorities 15 to 25.”

Previous Another School To Be Named For Michelle Obama
Next Experts: Time Is Running Out To Stop A Dictatorship