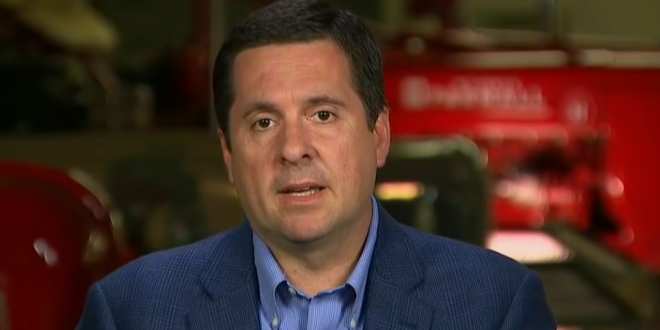 Republicans on the House Intelligence Committee boycotted a hearing Wednesday on emerging technology and national security, calling it a “distraction” and contending that the panel should be focused on “urgent and critical concerns” like a recent watchdog report identifying errors and abuses in the FBI’s domestic surveillance program.

“Given the committee’s access to highly sensitive information, it is concerning that you prioritize publicity events rather than the more productive work that occurs in the committee’s classified spaces,” they wrote, in a missive led by ranking member Devin Nunes (R-Calif.) and signed by the panel’s eight other Republicans.

The Republican boycott left half the hearing dais empty for the meeting of the Strategic Technologies and Advanced Research subcommittee, although Democrats who are not members attended, including House Intelligence Chairman Adam Schiff, D-Calif., and Rep. Sean Patrick Maloney, D-Cold Spring. Maloney called the boycott “childish.”

“Their argument seems to be because there are subjects of importance to them that are not happening at this hearing, there can be no hearings on any other subject — which of course ignores how critical issues like 5G, quantum computing, advanced technologies are to our national security,” Maloney said.

Previous Warren: We Are Descending Into Authoritarianism
Next Lou Dobbs: Bill Barr Is Doing The Lord’s Work [VIDEO]