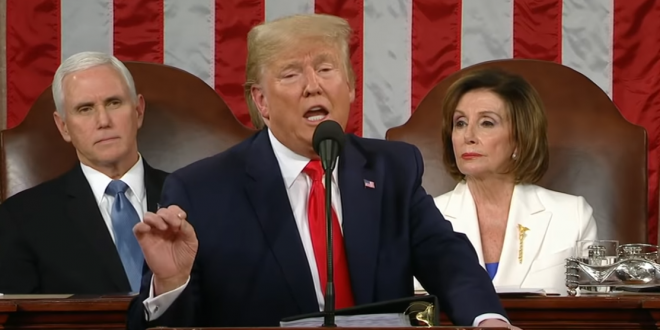 President Trump’s State of the Union speech once again was chock-full of stretched facts and dubious figures. Many of these claims have been fact-checked repeatedly, yet the president persists in using them.

“From the instant I took office, I moved rapidly to revive the U.S. economy … enacting historic and record-setting tax cuts.”

Trump constantly claims he passed the biggest tax cut in U.S. history, but that’s Four-Pinocchios false. The best way to compare tax cuts (or spending plans) over time is to measure them as a percentage of the national economy.

Trump talked up the production of oil and gas in the US during his time in office. “Thanks to our bold regulatory reduction campaign, the United States has become the number one producer of oil and natural gas anywhere in the world, by far,” Trump said. Facts First: The US did not become the world’s top energy producer under Trump: It took the top spot under the Obama administration in 2012.

Trump claimed to have built “over 100 miles” of a “long, tall and very powerful” border wall. Facts First: US Customs and Border Protection said that, as of January 31, 115 miles of “new border wall system” had been built. The overwhelming majority has replaced dilapidated barriers with a new, enhanced wall system. Around one mile has been built where there was no previous barrier.

That’s just a few examples. FactCheck.org has an exhaustive list of last night’s lies and exaggerations.