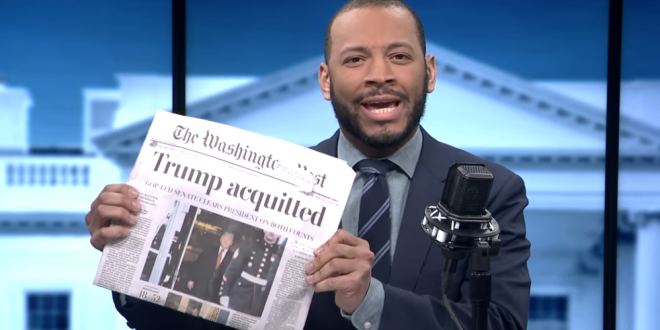 BlazeTV host Jon Miller took to Twitter after Korean director and screenwriter Bong Joon-ho won the Oscar for best screenplay for “Parasite” to complain about him not speaking English. Twitter users quickly went after the triggered conservative, calling out the racist attacks. When the “Parasite” creator won for best director, writer Yashar Ali asked if Miller was going to make it through.

A man named Bong Joon Ho wins #Oscar for best original screenplay over Once Upon a Time in Hollywood and 1917.

Then he proceeds to give the rest of his speech in Korean.

These people are the destruction of America.

“These people” are obviously not Koreans but those in Hollywood awarding a foreign film that stokes flames of class warfare over 2 films I thought were more deserving simply to show how woke they are.That should be clear from the rest of what I tweeted about tonight’s production.

Xenophobia is a hell of a drug.

You ok???? You gonna survive this? pic.twitter.com/mOXRvw8cQX

Seems like you got the attention you were so pathetically thirsty for.
Well done.

Imagine living such a charmed life that your biggest fear is Korean screenwriters speaking their native language. I wish I had your problems man.

Does being a racist ass come naturally to you or did you have to work at it?

god if you’re this scared about ONE Korea, I have bad news for you