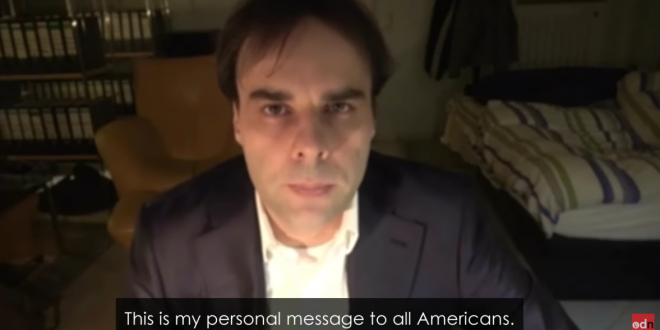 A gunman suspected of shooting nine people dead at two shisha bars in Germany is believed to have a far-right background, prosecutors said Thursday. The attack took place on Wednesday night at multiple locations in Hanau, a city around 25 kilometers (16 miles) east of Frankfurt. Federal prosecutors are treating the mass shooting — one of the deadliest in Germany in years — as an act of terrorism.

Authorities believe the suspect, 43, returned home after the rampage and shot himself. He was found dead in his apartment early Thursday, along with the body of his 72-year-old mother. Both died from gunshot wounds, according to the region’s interior minister, Peter Beuth. The total number of people killed — including the suspect — is 11, with another person seriously injured, added Beuth.

Local media have identified the suspect as Tobias R, a German citizen. The Bild tabloid reports he had a firearms licence, and that ammunition and gun magazines were found in his car.

Authorities are examining a video that appears to be from the suspect, posted online days before the attacks, in which he expresses right-wing conspiracy theories. German media said he had also left a letter of confession.

The attack comes amid growing concerns about far-right violence in Germany. Speaking in Berlin, Mrs Merkel said: “Racism is a poison. Hate is a poison and this poison exists in our society and is already to blame for many crimes.”

Witnesses and surveillance videos of the suspect’s getaway car led authorities quickly to his home, near the scene of the second attack, where he was found dead near his 72-year-old mother, who had also been shot dead, said Peter Beuth, the interior minister for the state of Hesse.

According to DPA, a few days before the crime the suspected perpetrator had posted a disturbing video on YouTube that included conspiracy theories. In the video, he speaks fluent English and discusses a “personal message to all Americans”.

The clip, which could be seen on the Internet on Thursday morning but was later taken down, was apparently shot in a private apartment and was posted online a few days ago.

In it, the man says that there are underground military facilities in the USA where children are abused and killed. American citizens should wake up and fight against these conditions “now”, he said.