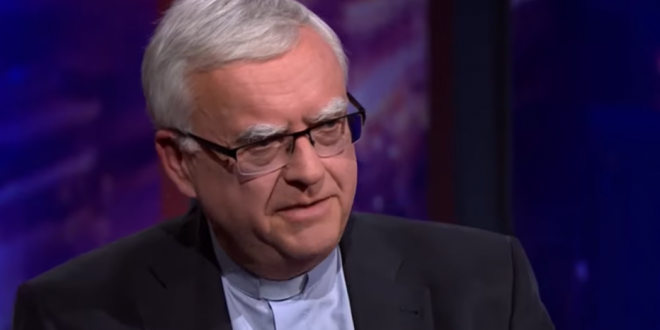 Following consultations in Berlin last week, the chairman of the Marriage and Family Commission of the German bishops’ conference declared that the bishops agreed that homosexuality is a “normal form” of human sexual identity.

“The sexual preference of man expresses itself in puberty and assumes a hetero or homosexual orientation,” Berlin’s Archbishop Heiner Koch [photo] asserted in a statement released by the bishops’ conference. “Both belong to the normal forms of sexual predisposition, which cannot or should be be changed with the help of a specific socialization”.

Koch went on to say that “developments” made possible by Amoris laetitia, Pope Francis’ exhortation of marriage and the family, the Church must consider the latest scientific and theological insights on human sexuality.

Germany’s Catholic bishops will launch a two-year series of talks rethinking church teaching on topics including homosexuality, priestly celibacy and the ordination of women https://t.co/aG7WxWH86l