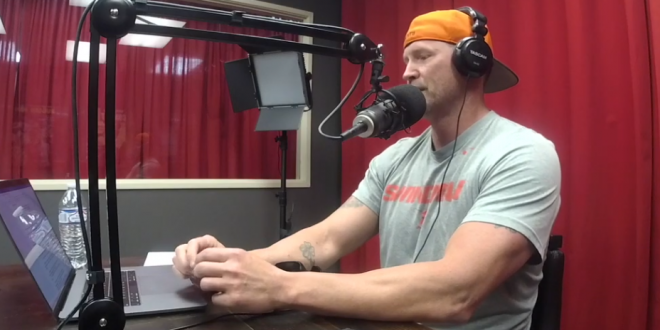 This one takes the cake in cultist victimhood:

Former San Francisco Giants player Aubrey Huff on Tuesday claimed that team management had informed him he was not invited to a reunion and celebration of the 2010 Giants team that won the World Series over his support for Trump.

Huff in a tweeted statement said Giants CEO Larry Baer told him that the team’s decision was based on his “Twitter posts” and his “political support of Donald Trump.”

Huff also said that society is trying to take away the First Amendment rights of freedom of speech and freedom of political affiliation. Huff, who primarily played first base and outfield while with the Giants, was on the 2010 and 2012 teams that won the World Series.

Getting my boys trained up on how to use a gun in the unlikely event @BernieSanders beats @realDonaldTrump in 2020. In which case knowing how to effectively use a gun under socialism will be a must. By the way most the head shots were theirs. @NRA @WatchChad #2ndAmendment pic.twitter.com/6xUsS7ciX3

Gonna say this once and log off: Giants officials have made it clear to me they are not banning Aubrey Huff because they dislike or disagree with his political views. They believe he has crossed the line when it comes to misogyny, vulgarity and common decency. Words matter.

I want to get into acting, win an Oscar and say, “I just wanted to win this to let everyone here know that this job isn’t that hard. Thanks to @realDonaldTrump for making America great again. Now let’s make Hollywood great again.” Oscar gets dropped as I walk away. #Oscars2020

Then it’s a good thing you will never win an Oscar in your delusional world. Oh, can I have your dessert at the @SFGiants 10th anniversary World Series celebration you’re not invited to attend? Asking for a friend named Barack.

Hey peeps my 7 day @Twitter jail sentence is over! I promise nothing but love, and positivity from now on. 😎