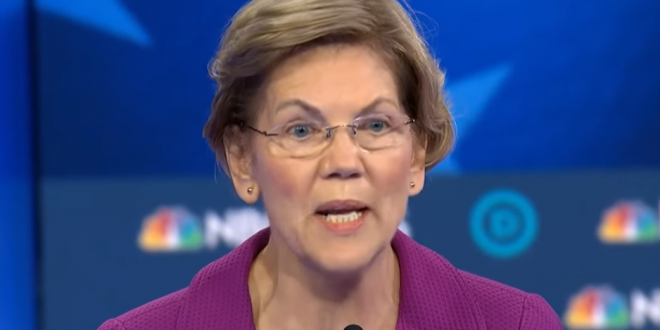 Sen. Elizabeth Warren (D-Mass.) said Thursday that her presidential campaign has raised more than $5 million since the Democratic primary debate the night before.

The seven-figure haul is the latest sign that Warren’s performance in the Wednesday debate in Las Vegas might have been a boon for her campaign, which has scrambled in recent weeks to recover from lackluster finishes in the Iowa caucuses and New Hampshire primary.

During the debate, Warren received several rounds of applause for her attacks against Mike Bloomberg, the billionaire former New York City mayor who has soared in recent polls amid heavy ad spending.

Since I stepped on the #DemDebate stage, our grassroots campaign has raised more than $5 million. We’ve not only reached our critical goal of raising $7 million before the Nevada caucuses—we’re now raising it to $12 million. I’m so grateful. Keep it up! https://t.co/9kjAWYs2zq