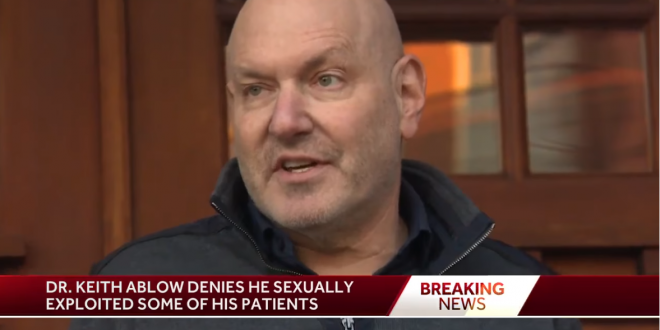 On Thursday, Drug Enforcement Agency officials raided the Newburyport home of Dr. Keith Ablow, the embattled former celebrity psychiatrist caught in a series of sexual assault lawsuits. The city marshal confirms to Boston 25 News the DEA also raided a nearby pharmacy, potentially in connection to the investigation.

Dr. Ablow’s medical license was revoked last year after he was accused of engaging in inappropriate sexual activity with several patients and illegally distributing prescriptions to employees.

Several patients he had been seeing for depression claimed they received Ketamine infusions as part of their treatment. All of them say their doctor-patient relationships turned inappropriately sexual. In one of the lawsuits, one woman claims Ablow told her things like, “I own you,” and “You are my slave”.

Read the full article. Ablow has appeared on JMG multiple times for his attacks on LGBT rights and for his claim that same-sex marriage will result in legalized polygamy and humans marrying dogs. Oh, and for his claim Donald Trump is a literal genius.