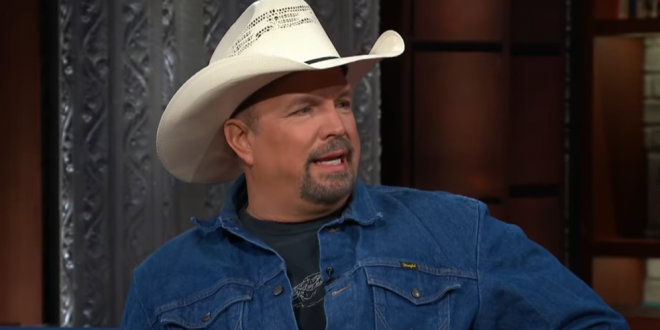 Garth Brooks wore a Barry Sanders jersey to a recent concert in Detroit, leading to some of his online followers mistakenly believing the country music icon was showing support for Sen. Bernie Sanders (I-Vt.).

Barry Sanders is a former NFL running back for the Detroit Lions who is now in the NFL Hall of Fame. Brooks, 58, is a graduate of Oklahoma State University, where Sanders won the Heisman trophy. Brooks also was a student-athlete, having attended OSU on a track scholarship.

The reaction to Brooks wearing a “Sanders” jersey prompted outrage on Instagram and Facebook, most of which seemingly coming from supporters of Trump.

MAGA people think Garth Brooks is wearing a Bernie Sanders jersey and its truly a sight to behold pic.twitter.com/C3Lzg0FUWR

There appears to be some confusion…https://t.co/Q55oCKa1Jl

This is currently the top comment on a Fox News article about Garth Brooks wearing a Barry Sanders jersey: pic.twitter.com/vWF1wyUtqt

Garth Brooks Gets Called “Big Freaking Liberal Socialist” Because He Wore a Barry Sanders Jersey In Detroit (in a related story, I own a Barry Sanders 1992 away jersey): https://t.co/04s0iN4wh7

One fan said: “If this is for Bernie Sanders, I’m done with you. I thought you were a true American that loves Our Country?”https://t.co/jsaNtScRW8

Previous Trump: US Is “Way Ahead” Of Virus Thanks To Me
Next Dow Plummets Another 1000 Points At Opening Bell