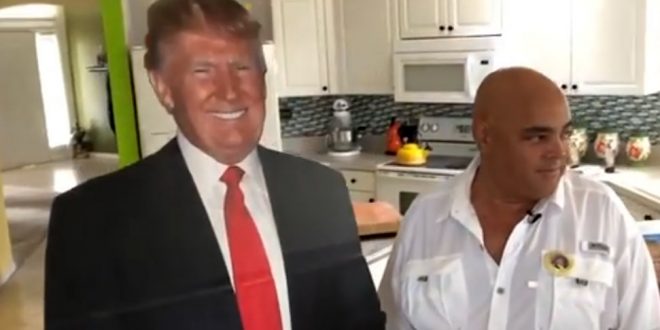 A Florida man undergoing kidney dialysis three times a week is upset that he can’t bring a life-sized cardboard cutout of President Donald Trump for emotional support. Nelson Gibson told WPBF that his family can’t sit with him during his three-and-a-half-hour treatments. To help, he began bringing a picture of Trump as a comfort item.

He said that again, no one took issue with this new emotional support item. But when he returned Tuesday for treatment with the presidential cutout, Gibson ran into a roadblock. “They told me it was too much and it wasn’t a rally,” he told the TV station.