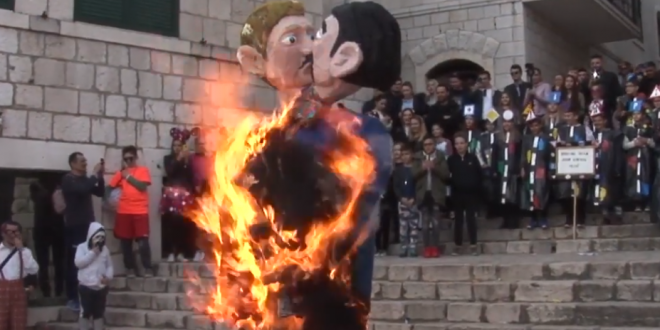 Bakova povorka, the pinnacle of a 150-year tradition of carnival festivities in Imotski, Croatia was engulfed by scandal on Sunday afternoon when enthusiastic residents set fire to an effigy of a gay couple to widespread cheers.

Imotski residents chose to feature a gay couple with an adopted child, which had a five-pointed star on his forehead (resembling that of the Yugoslav flag) for the central carnival figure.

It’s also worth noting that the child doll, with the five-pointed star on his forehead and being held by the effigy of the gay couple, had the face of SDP (Social Democratic Party) MP Nenad Stazić. Earlier this year, Stazić lent his support to same sex couples wishing to be foster parents.

Croatia’s president on Monday condemned the burning of an effigy of two men and a child at a festival weeks after the country’s highest court ruled that same-sex couples could foster children. Zoran Milanovic said the burning of the effigy, which depicted two men kissing, at a festival in southern Croatia on Sunday was “inhumane and totally unacceptable”.

Croatia has a long tradition of burning effigies of politicians and other public figures as part of its countrywide carnival celebrations, and it is not the first time the festivities have sparked controversy. In February 2018, party-goers at a festival in Kastela set fire to a replica of the country’s first children’s picture book depicting same-sex parenting.

Without comment, the first linked report above includes the below photo of the festival organizer, which he posted to Instagram in 2015. 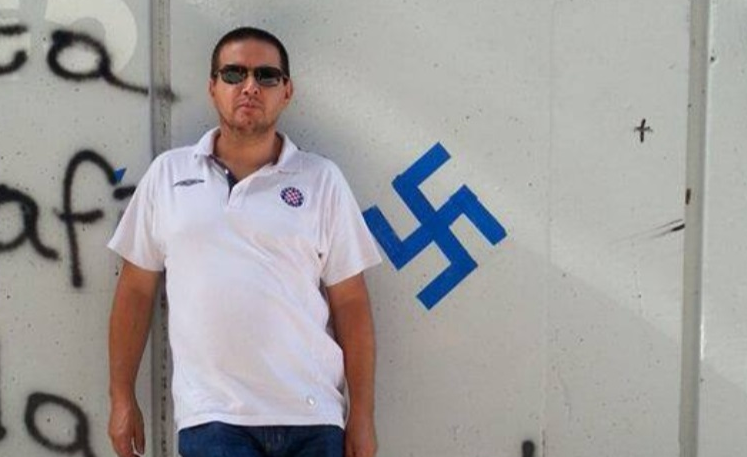 The effigy of a gay couple was burned in public during a carnival in Croatia in Imotski.
The government condemned this act.