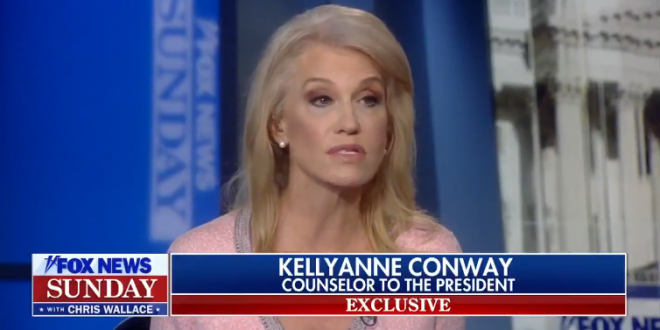 Conway: Trump Is “Toying With Everybody” With His Hypocritical Attacks On Bloomberg’s Stop-And-Frisk

White House counselor Kellyanne Conway said on Sunday that President Donald Trump was “toying with everybody” when he attacked Democratic presidential candidate Mike Bloomberg as “racist” over his previous support of stop and frisk, a policy Trump himself has long endorsed.

Conway responded: “The president is toying with everybody by saying, had he said something like that everyone would say ‘racist, racist, racist.’”

Kellyanne Conway on Trump describing stop-and-frisk as “RACIST” even though he’s repeatedly embraced it in recent years: “The president is toying with everybody.” pic.twitter.com/4IK4Gjseuj