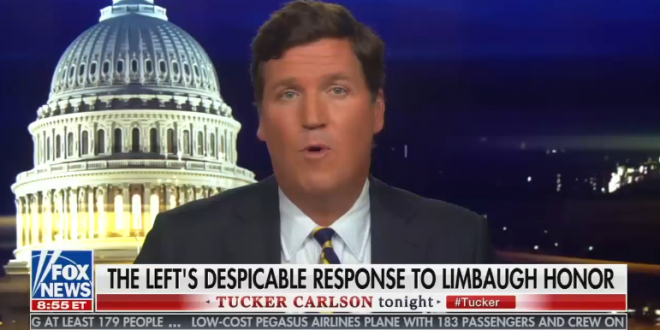 “One of the most memorable, most emotional moments for a lot of people watching last night’s State of the Union occurred when the First Lady awarded the Presidential Medal of Freedom to Rush Limbaugh who’s just announced he’s got advanced lung cancer.

“Democrats sat in stony silence during the speech. Afterwards the press told us, because they are both buffoons and totally predictable, that honoring Rush Limbaugh was racist. Maybe I’m too literal, but Rush Limbaugh is a violent racist? Says Ocasio-Cortez, who’s obviously a violent moron.

If you’re unfamiliar with the insanely racist things Limbaugh has said, here are some of his greatest hits.