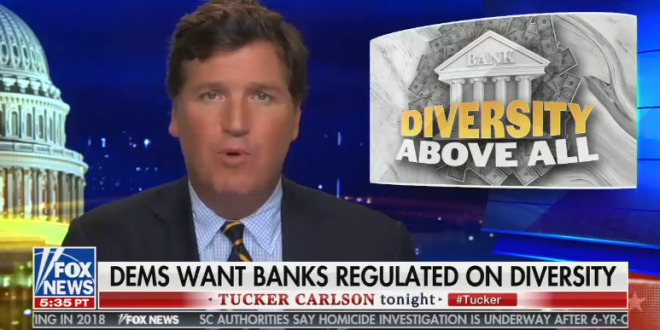 “By the way. that’s something that has never been shown to do anything other than deepen racial wounds and divide this country. Ever.

“Now it’s a given that all of this is stupid and wasteful and divisive. Certainly is. But it’s also dangerous to the country.” – Tucker Carlson, on last night’s show.