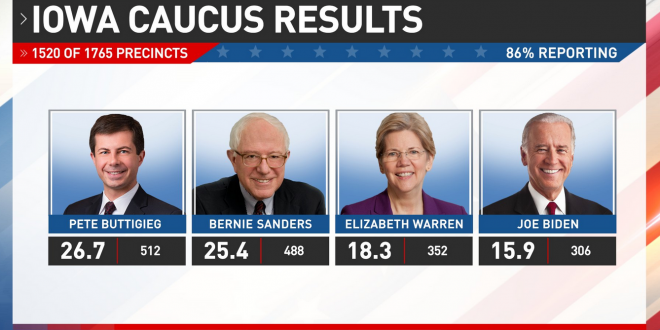 The state party is releasing results on a rolling basis after the Iowa Democratic Party said that an app it was using to report precinct results had a coding error. The party stressed that the flaw didn’t impact the accuracy of the data that had been collected and said that there has been no sign of hacking.

At 86% of reporting, here are the latest updates of the Iowa Caucus. https://t.co/7hZPlsXn7t pic.twitter.com/VsXICMt99o