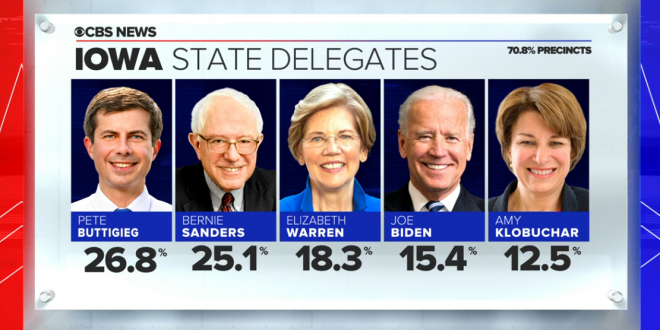 Former South Bend, Indiana, Mayor Pete Buttigieg and Sen. Bernie Sanders of Vermont remain in a tight battle for the lead in the Iowa caucuses following a new round of results released late Tuesday night.

After a daylong delay, the Iowa Democratic Party has now made public 71% of results from all 99 Iowa counties.

JUST IN: 71% of the Iowa caucus results are now in. Here’s a look at the race: