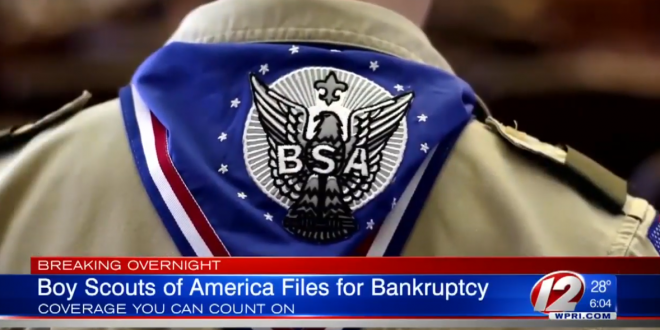 The Boy Scouts of America, an iconic presence in the nation’s experience for more than a century, filed for bankruptcy protection early Tuesday, succumbing to financial pressures that included a surge in legal costs over its handling of sexual abuse allegations.

Founded in 1910, the Boy Scouts have long maintained internal files at their headquarters in Texas detailing decades of allegations involving nearly 8,000 “perpetrators,” according to an expert hired by the organization. Lawyers have said in recent months that former scouts have come forward to identify hundreds of other abusers not included in those files.

The bankruptcy filing, in Delaware, is expected to disrupt continuing litigation and establish a deadline for when former scouts can pursue claims.