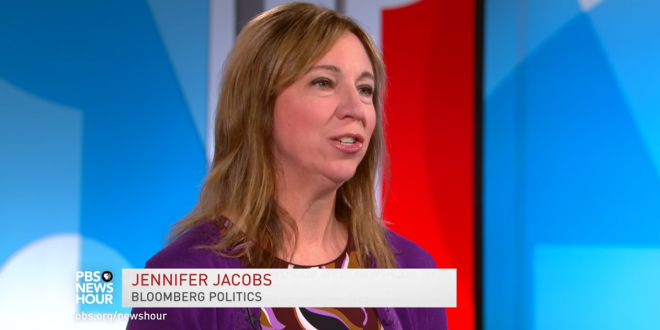 President Trump’s re-election campaign escorted a Bloomberg News reporter from an event in Iowa, following a pledge no longer to approve credentials for the news organization. Bloomberg reporter Jennifer Jacobs was walked out of the room ahead of a press conference in West Des Moines Monday.

Mr. Trump is in Washington tonight, not at the Iowa event. A campaign official said the move was in keeping with the campaign policy.

The Trump campaign announced in December that it would no longer approve credentials for Bloomberg News reporters after the company said it wouldn’t investigate Democratic presidential candidates while its owner, Mike Bloomberg, sought the party’s nomination. The organization said it would continue to investigate Mr. Trump and his administration.