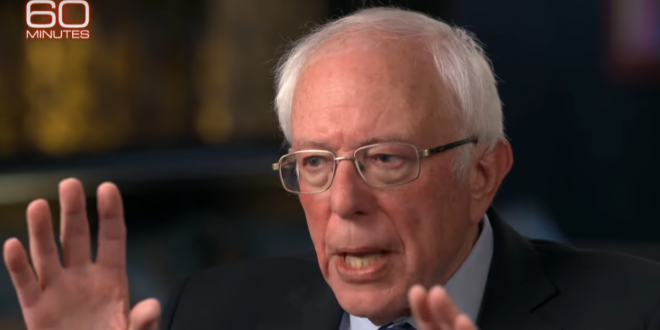 Bernie Sanders Under Fire Over “Praise” For Fidel Castro

The comments — sure to rile Cuban exiles in Miami and escalate arguments from moderate Democrats that Sanders is too far left to beat President Donald Trump — came in response to questions about remarks Sanders ,a self-described Democratic socialist, made in a 1980s interview.

During that interview, a clip of which aired on CBS Sunday night, Sanders counted healthcare and education among the reasons that the Cuban people didn’t rise up and overthrow Castro after his 1959 revolution.

“It’s not because ‘he educated their kids, gave them health care’ it’s because his opponents were jailed, murdered or exiled,” Rubio said in the tweet.

Rubio’s fellow Florida lawmaker, Democratic Rep. Donna Shalala, wrote on Twitter that she hoped Sanders would “take time to speak to some of my constituents before he decides to sing the praises of a murderous tyrant like Fidel Castro.”

The criticism wasn’t just coming from the right. Fernand Amandi, a liberal political consultant and commentator, posted video of Sanders’ remarks and warned his fellow Democrats that “nominating this man will absolutely re-elect” Trump.

Donna Shalala, the former Clinton Secretary of Health and Human Services and current Democratic Congresswoman representing Miami, expressed her exasperation at Sanders’s comments, which she equated to singing “the praises of a murderous tyrant.”

Bernie Sanders defends his 1980s comments about Fidel Castro in an interview on 60 Minutes. https://t.co/ySqvQKoiBU pic.twitter.com/lTwuXWp9sA

Did anyone who plans to vote for Sanders watch the 60 Minutes interview last night. HE CANNOT WIN! He presented the future of this campaign via Trump and it will be an epic wipeout. NO, we do not look to Castro and Cuba with affection. Change your mind NOW, it is not to late!

Here’s the full excerpt from the 60 Minutes interview, in case you’re only seeing tiny pieces. Sanders is explaining that one of the reason that ordinary people didn’t rise up against Castro more was that he put in place widely popular programs in 59-62. That’s 100% true pic.twitter.com/eQCnxMLiYf

The latest attempt by the media to smear Bernie Sanders is stating that Bernie “praised” Fidel Castro.

NO. What Bernie did is point out to us that despite how bad Cuba was, there were positive elements that we could learn from. Just like Barack Obama pointed out in this video: pic.twitter.com/C7iEhd9wdW