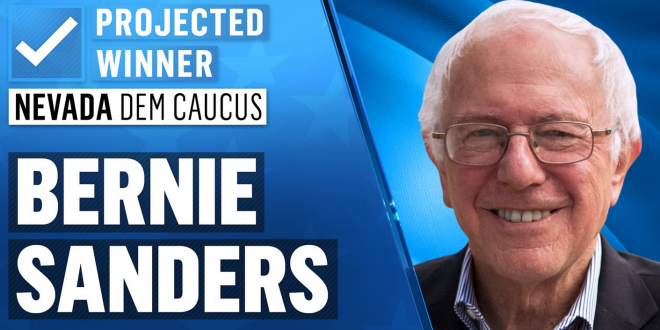 Bernie Sanders has won Nevada’s Saturday caucuses, notching another victory on his quest to secure the Democratic nomination. His campaign counted on a massive field organization to turn out early voters, especially among Latinos, but it appears he also won most of the key day-of caucus sites.

While the complete outcome is not yet available, Nevada’s caucuses have not devolved into the complete mayhem that unfolded in Iowa, which, despite Sanders having had more supporters participate in the contest, ended with an indecisive delegate result between him and Pete Buttigieg.

The entrance polls in Nevada show Bernie Sanders winning men and women, whites and Latinos, voters 17-29, 30-44 and 45-65, those with college degrees and those without, liberal Democrats (by a lot) and moderate/conservatives (narrowly), union and non-union households.