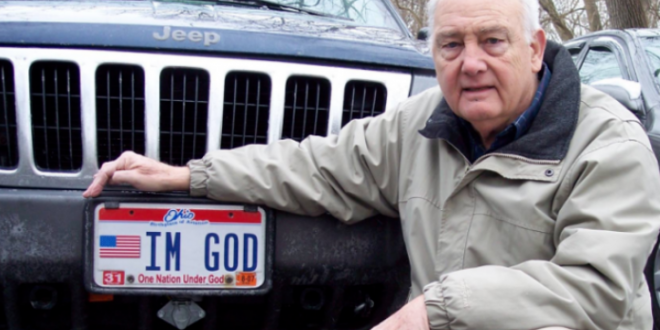 A federal judge ruled last week that the state of Kentucky violated the First Amendment by denying an atheist a license plate saying “IM GOD,” and has ordered the state to pay more than $150,000 in legal fees to the attorneys who represented the lawsuit.

Freedom From Religion Foundation and American Civil Liberties Union-Kentucky attorneys represented Kenton County resident Ben Hart, a Postal Service retiree, and an atheist, and they will be paid for the work they performed for the lawsuit.