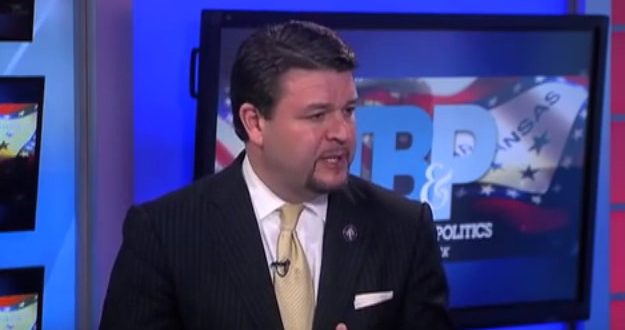 Sen. Jason Rapert (R-Conway) took to Facebook to fret about the upcoming appearance of Emmy Award-winning actor Billy Porter, of the FX show “Pose,” on an episode of “Sesame Street.” “What do you think I should do about this as your state senator? Do you approve of your taxpayer dollars being used to promote the radical LGBTQ agenda?”

Rapert also commented that he may target funding for AETN, the state’s PBS affiliate, headquartered in Rapert’s district in Conway. “I can pass a bill to cutoff all funding for the rebroadcast of PBS programming through AETN and also stop all funding for AETN altogether if necessary,” Rapert wrote on Facebook. “Fiscal Session starts April 8th.”

When a commenter asked Rapert if Jesus would “approve of [his] judgment and intolerance,” Rapert responded: “You are totally amiss and you know it. Christians do not support anti-Biblical behavior. The Bible is clear on certain sins — including homosexuality.”

He said that Jesus “never endorsed homosexual behavior” and then brought up “Sodom and Gomorrah.” “Speaking the truth is not hatred,” Rapert concluded. “If you oppose the Bible, you are not a sincere Christian.”

In 2015, the former UPS worker came under fire for warning his constituents about approaching him “in a parking lot” while he was “carrying a hand gun.”

Porter told Page Six, “If you don’t like it, don’t watch it,” adding that he thinks it’s odd that people would even make the mental leap from his dress to “perverted demon sex.”

“Like, what about me singing with a penguin [on the show] has anything to do with what I’m doing in my bedroom?” the “Pose” star posed to us at L’Avenue at Saks, where he was hosting a party for the restaurant’s first anniversary.

“The really interesting thing for me is that that’s what it’s all about when it comes to LGBTQ people — the first thing everyone wants to talk about is how we having sex.” He added, “Stay out of my bedroom and you will be fine — that is none of your business.”

Longtime readers will recall Rapert’s previous appearances on JMG. In 2017 he introduced a bill to override SCOTUS on same-sex marriage. In 2015, he called for nuking ISIS. Most famous here is his ultimately successful campaign to install a Ten Commandments monument on the grounds of Arkansas the state capitol.