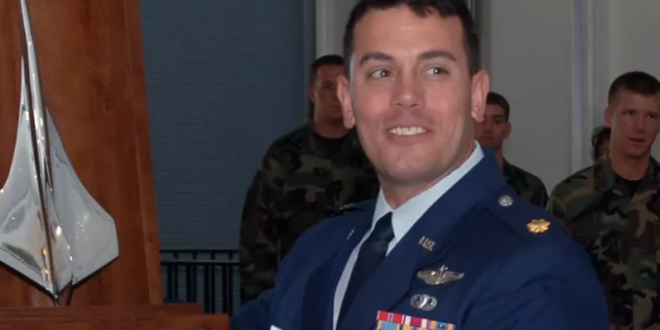 A decorated U.S. Air Force colonel slated to take command of the base that hosts Air Force One has been sentenced to five years in prison for receiving child pornography. Mark Visconi, 48, of Fairfax, Virginia, was jailed on Friday after he plead guilty to receipt of child pornography in October. He was also sentenced to 15 years of supervised release in a federal court in Alexandria.

Visconi used the anonymous Tor network to download child pornography. A forensic review of his laptop showed he had downloaded and viewed “numerous” pictures and videos of child pornography. According to court documents, he also took 441 pictures on his own phone “focusing on the clothed buttocks” of underage girls. Some of these pictures were “upskirting” images and prosecutors said the girls did not appear to be aware they were being taken.