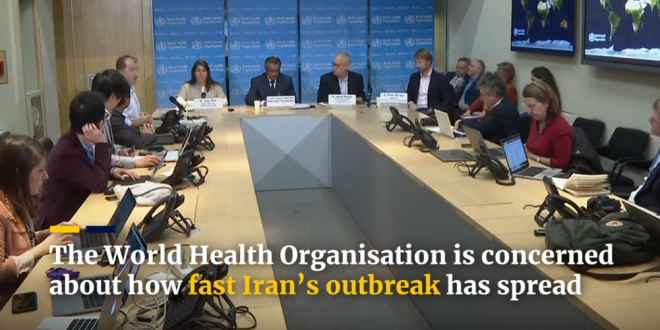 A staggering 50 people have died in the Iranian city of Qom from the new coronavirus this month, a lawmaker was quoted as saying on Monday, even as the Health Ministry insisted only 12 deaths have been recorded to date in the country.

The new death toll reported by the Qom representative, Ahmad Amiriabadi Farahani, is significantly higher than the latest number of nationwide confirmed cases of infections that Iranian officials had reported just a few hours earlier, which stood at 12 deaths out of 47 cases, according to state TV.

Neighboring countries have reported infections from travelers from Iran in recent days, prompting several to shut their borders to Iranian citizens. Authorities in Iraq and Afghanistan, which closed their borders with Iran, on Monday announced their first confirmed coronavirus cases. Kuwait also announced its first case.

Stock markets have slumped around the world as the deadly coronavirus continued to spread across Europe and Asia, with airlines and tourism companies taking a heavy hit.

Growing fears of a coronavirus pandemic pushed shares sharply lower, as investors rushed to buy “safe haven” investments such as gold, sending gold prices surging to a seven-year high of $1,683 (£1,303) an ounce.