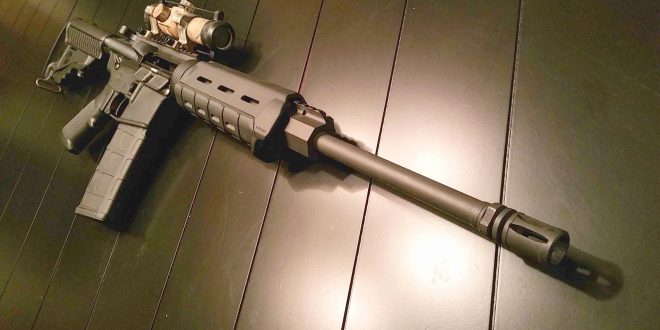 An 11-year-old girl toting a loaded AR-15 assault weapon appeared Monday at a legislative hearing with her grandfather, who is supporting a proposal that would allow visitors to Idaho who can legally possess firearms to carry a concealed handgun within city limits. Charles Nielsen addressed the committee that voted to send the legislation to the full House as Bailey Nielsen stood at his side with the weapon slung over her right shoulder, but did not say anything.

“Bailey is carrying a loaded AR-15,” Charles Nielsen told lawmakers. “People live in fear, terrified of that which they do not understand. She’s been shooting since she was 5 years old. She got her first deer with this weapon at 9. She carries it responsibly. She knows how not to put her finger on the trigger. We live in fear in a society that is fed fear on a daily basis.” He said Bailey was an example of someone who could responsibly handle a gun, and lawmakers should extend that to non-residents.