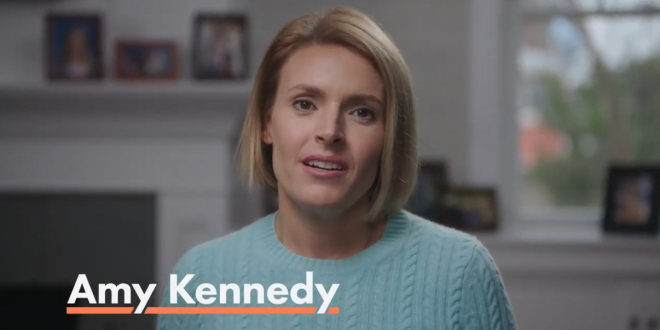 Amy Kennedy, the wife of former Rep. Patrick Kennedy (D-R.I.), is running as a Democrat for the seat held by Rep. Jefferson Van Drew, the New Jersey congressman who recently switched parties after deciding to vote against President Trump’s impeachment.

Amy Kennedy announced her bid on Monday in a video tying Van Drew to Trump, but not directly addressing the congressman’s party switch to the GOP or his position on impeachment.

“Too many of our leaders have lost their moral compass,” Amy Kennedy said in the video. “Trump and Van Drew are symptoms of a bigger sickness infecting our country and our politics. Doing what’s right shouldn’t be complicated.”