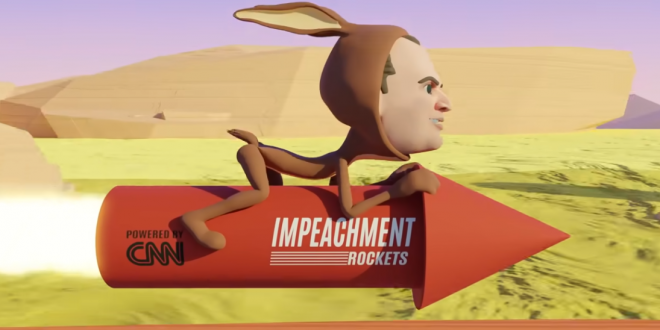 Trolling is all they have:

The video, created by memesmith Politizoid, shows Schiff as the classic cartoon character Wile E. Coyote, who is best known for perpetually trying and failing to catch the Road Runner.