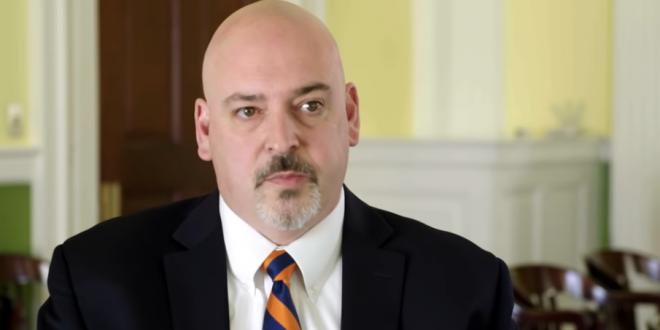 Virginia House Republican Leader Todd Gilbert is calling on hate groups that spread “white supremacist garbage” or violence to stay away from the State Capitol, as officials prepare for a gun rights rally that has prompted the governor to declare a temporary state of emergency.

“Lobby Day is a time for people to peacefully assemble and petition their government. It is not a place for hate and violence,” Gilbert said in a statement on Saturday, just two days ahead of the planned protest. “Any group that comes to Richmond to spread white supremacist garbage, or any other form of hate, violence, or civil unrest isn’t welcome here.”

My statement on Monday’s 2nd Amendment rally in Richmond: pic.twitter.com/41imrpW6Ey