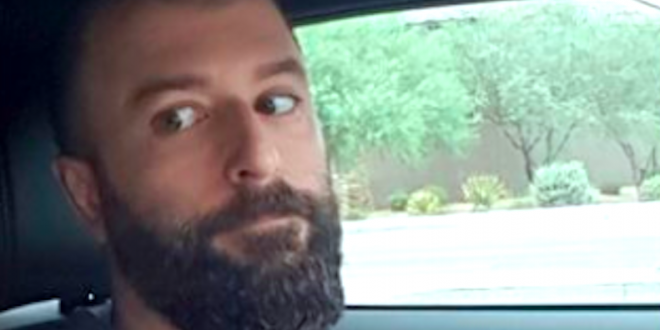 The American founder of US-based militant neo-Nazi group The Base is directing the organisation from Russia, a BBC investigation has found. Rinaldo Nazzaro, 46, who uses the aliases “Norman Spear” and “Roman Wolf”, left New York for St Petersburg less than two years ago.

The Base is a major counter terrorism focus for the FBI. Seven alleged members were charged this month with various offences, including conspiracy to commit murder.

Court documents prepared by the FBI describe The Base as a “racially motivated violent extremist group” that “seeks to accelerate the downfall of the United States government, incite a race war, and establish a white ethno-state”.

Nazzaro, through a Delaware-registered company called Base Global LLC, purchased three 10-acre parcels of undeveloped land in Ferry County for $33,000 in December 2018. The county assessor’s office website shows the property is located less than 3 miles north of Republic.

Rumors about those land purchases surfaced in August when Eugene Antifa, a group of anonymous left-wing activists in Eugene, posted on Twitter that members of the Base were “flying in from around the country to Spokane” to hold paramilitary-style training exercises in northeast Washington.

The Telegraph found what appears to be a social media account of Mr Nazzaro’s wife with a link to a YouTube account that showed the man believed to be Mr Nazzaro with his family on a train in Russia, as well as at Disneyland in Florida.

The account says the woman’s two daughters were born in Manhattan and moved to St Petersburg in 2018. In one of the YouTube videos Mr Nazzaro is seen wearing a T-shirt with “Russia” and Putin’s portrait on it.

Russian authorities have not commented on Mr Nazzaro’s identity or whereabouts. Links between US neo-Nazis and right-rights groups in Russia and Ukraine have been reported before.

SCOOP: The leader of neonazi terror group, the base, goes by Norman Spear or Roman Wolf. His real name is Rinaldo Nazzaro https://t.co/pL9EOkkbf5

Neo-Nazi Rinaldo Nazzaro running US militant group The Base from Russia https://t.co/cpuQQ3faKM