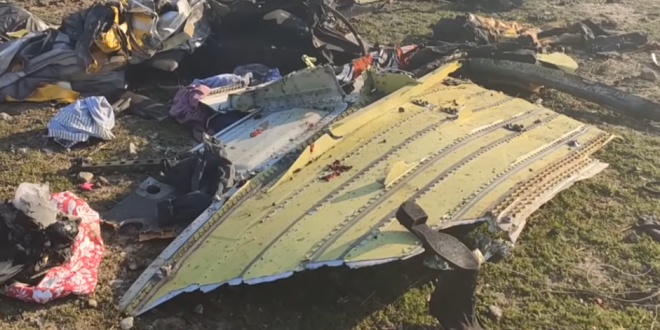 The Ukrainian jet that crashed after taking off from a Tehran airport probably was shot down by an Iranian missile, a London-based global information firm says.

“Photographs purportedly taken near the site of the crash and circulated on social media appear to show the guidance section of an SA-15 Gauntlet short-range, surface to air missile, which landed in a nearby garden,” the firm IHS Markit said in its report.

The firm said it could not confirm the authenticity of the photos but “assesses them to be credible.” Ukraine International Airlines Flight 752 crashed hours after Iran launched a ballistic missile attack on Iraqi bases housing U.S. soldiers. All 176 passengers and crew of the Boeing 737-800 were killed.

The aircraft is believed to have been struck by a Russia-built Tor-M1 surface-to-air missile system, known to NATO as Gauntlet, the three officials, who were not authorized to speak publicly on the matter, told Newsweek.

BREAKING: Senior US and Iraqi officials report that the Ukrainian airliner that went down outside Tehran was brought down by a surface to air missile.https://t.co/H1KUTsEXtq

Update: US officials are “confident” Ukraine International Airlines 737 was shot down “mistakenly” by Iran — in the hours that followed Iran’s air strikes against US bases in Iraq #PS752

Downing Street 'very concerned' about reports about the Ukrainian airliner 'was shot down by a missile' https://t.co/PQ81u3M5Wc