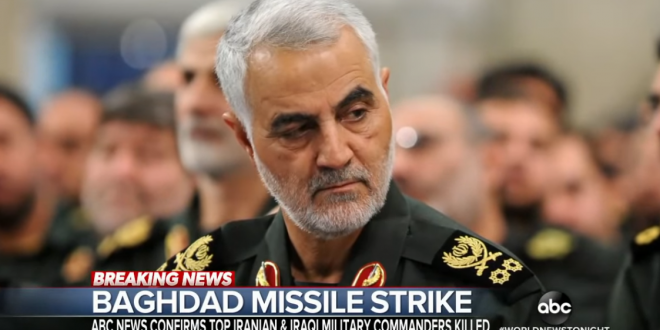 Soleimani was a towering figure in Iran’s power projection across the region, with close links to a network of paramilitary groups that stretches from Syria to Yemen.

His death in the smoldering wreckage of a two-car convoy in the Iraqi capital, Baghdad, left U.S. outposts and personnel bracing for retaliatory attacks and oil prices shooting upward. The U.S. Embassy in Iraq warned its citizens to leave “immediately.”

#Iraq: Due to heightened tensions in Iraq and the region, we urge U.S. citizens to depart Iraq immediately. Due to Iranian-backed militia attacks at the U.S. Embassy compound, all consular operations are suspended. U.S. citizens should not approach the Embassy. pic.twitter.com/rdRce3Qr4a

Tonight, there are hundreds of American families watching news of Suleimani’s killing particularly closely. He engineered attacks in Iraq, often with sophisticated IEDs, that killed hundreds of US service-members & wounded thousands more.