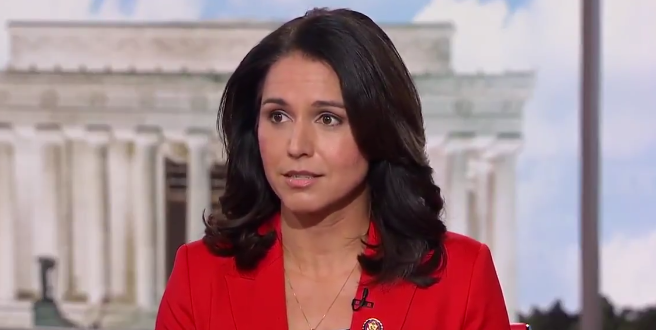 Rep. Tulsi Gabbard (D-Hawaii) raised $3.4 million in the final quarter of 2019, a slight improvement over her third quarter numbers that nevertheless leaves her well behind the Democratic primary’s fundraising leaders.

Gabbard is one of four Democrats who have already announced their fundraising totals for the last three months of 2019. She trails Bernie Sanders (who raised $34.5 million, which is so far the largest single quarter haul for any Democrat in 2019), Pete Buttigieg ($24.7 million) and Andrew Yang ($16.5 million).

NEW: @TulsiGabbard raised $3.4 million in Q4, according to her campaign.

Gabbard had a $1 million goal for December & raised close to $1.2 million this month.

Previous Trump: My Impeachment Was “Crime Of The Century”
Next WISCONSIN: Right Wingers Seek Purge Of 200K Voters