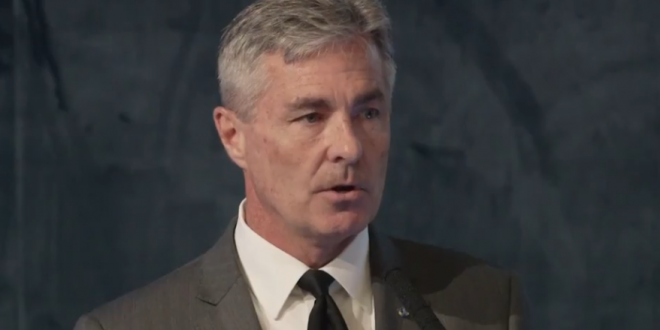 Documents apparently generated by Cambridge Analytica suggest that the political consulting firm had a contractual relationship with Kenneth Braithwaite in the year before he was nominated to be U.S. Ambassador to Norway in 2017.

Braithwaite, who President Trump has said will be his nominee for Secretary of the Navy, made no mention of an agreement in his required government disclosure form, and says he never entered one.

Two of the records reviewed by CBS News indicate Braithwaite agreed to a one-year contract with the company beginning on November 1, 2016, one week before Donald Trump was elected president. His apparent role, referred to as both “associate officer” and “referral partner” in the records, has not previously been reported.

I see a lot of Tweets calling Kenneth Braithwaite the “nominee” for Secretary of the Navy. Important to note he’s not, Trump tweeted Nov. 24 he would nominate him, but hasn’t done it yet. https://t.co/Q264Kz40nu

Previous Schiff Fires Back After Trump Lies About John Bolton
Next Conway: MLK Would Be Against Impeachment [VIDEO]