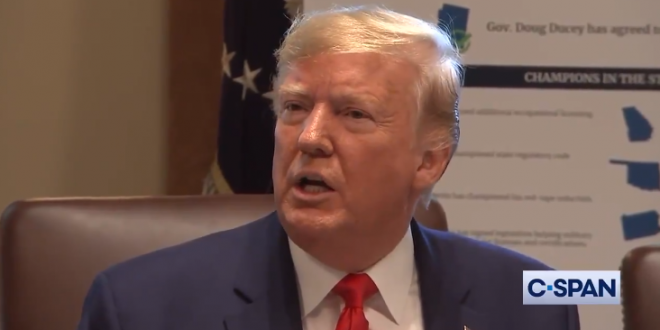 The Supreme Court this week allowed the administration of President Donald Trump to move forward with implementing its hard-line immigration policy that would deny legal permanent residency to immigrants the government believed could require public assistance. However, it’s not clear that Trump’s own grandfather would have passed the stringent requirements if they had been in place back in 1885, legal experts said.

How Trump’s new immigration policy — dubbed a “wealth test” by critics — will be implemented is still murky. But immigration agents would be tasked with analyzing an immigrant’s educational level, English proficiency, finances and other factors to deem whether they should be eligible for permanent residency. If agents believed they were likely to use federal programs for the economically disadvantaged, such as Medicaid, their application would be denied.

Previous Michael Savage: “Dirty” Sean Hannity Is Afraid Of Me, Also It’s “Very Interesting” That Cohen Was His Lawyer
Next Evangelist Host Wonders If Hillary Had Kobe Killed